When you think of Push Climbing, what commonly comes to mind is the climbing wall that is currently located in the heart of District 2 in Ho Chi Minh City, Việt Nam. The Climbing facility that is located within Saigon Outcast.

But did you know that behind the climbing wall, Push Climbing offers so much more?

“A spectacular gym with the soul of the lost boys of Peter Pan.”

“I just wanted to climb all day, every day…”

Massad explains that, “It was the first dedicated bouldering-only climbing gym in Ho Chi Minh. X-Rock Climbing was offering lead and sport climbing at this time, so I decided that it was easier to build a bouldering wall using a smaller space like in Japan, with one Top-Rope anchor to practice belaying.”

“It was a passion project and I didn’t really know what I was putting myself into. I was very naive and had some cash on the side saved from teaching English and that was it”, Paul admits.

Through the process of discovering what it means to just be a climber in the community, Paul learned that owning a gym required a lot more depth than what he visioned on the surface.

“It was the most challenging project, because at this time, I did not speak any Vietnamese.”

Massad shares that, “This project forced me to interact with the suppliers, logistic managers, factories, brands. Gear that was offered in Vietnam needed to be learned. I was able to self teach how to speak Vietnamese to better connect and work to build this climbing wall.”

Choices were limited, MadRock was just beginning to manufacture rock climbing shoes in Viet Nam. Gear and climbing suppliers were far and between. Now in 2021 Rock Climbing is building more popularity in South East Asia, climbing gear is widely more accessible, but it wasn’t the case back in 2009.

Paul successfully learned and moved forward through the importance of starting from scratch in a new country. This opened up the doors that inspired expanding what else he can offer the community and region of SouthEast Asia. He fell in love with the design and the construction elements that go into building a climbing wall.

The project itself took around one and a half months to build. In that time, Paul discovered that building a climbing gym requires more than meets the eye.

Massad explains, “This was the project in which I learned how to 3D model which then led to the foundation of Push Climbing’s designs and engineering surfaces.”

FROM PAPER TO WALL –

This project of “The OG Push Climbing Wall” was the first 3D installation that Massad created and built.

Paul explains how, “The place was built by 2 people. Myself and Mr. Thân. Mr. Thân was a welding expert and I did the rest. Eventually, we outgrew the location and decided to justify searching for a more affluent public. This drove me to want to be in D2 where we could host a bigger gym. This dream came true in 2016.”

Massad also shares that, “because it was a Bouldering Gym, it was easier to retrofit, without changing the primary structure of the climbing space. Modularity was a paramount feature. Meaning that, if I ever had to move it, I could just unbolt it and take it out.”

WHAT DID THE “OG PUSH CLIMBING WALL” LEAVE BEHIND? –

Through Paul’s vision, growth and inspiration, The OG Push Climbing Wall brought the momentum that South East Asia, and Viet Nam needed to start building the climbing and adventure scene that we understand now.

For the last decade, Massad’s adaptability towards the innovation of what is required to build a gym developed the parallel of the design, construction and consulting that Push Climbing offers today across South East Asia.

PUSH CLIMBING CAN TAKE YOUR VISION FROM “ZERO TO HERO” –

Are you inspired to begin your adventure project or do you know someone in your community who could benefit from the consulting with Paul Massad and the Push Climbing team?

To build a bouldering gym,  like “The OG Push Climbing” you will need following:

Contact us to learn more about how we can assist you to tap into your adventure project.

Download our visual handbook HERE to take your vision from “Zero to Hero”.

Stay tuned to learn how the Push Climbing team constructed the one and only Stainless Steel waterfront Climbing Wall located at California Fitness in District 4 of Ho Chi Minh City, Viet Nam in 2010-2011.

Follow us on FB, IG and our Push Climbing Project Blog as we release more about other projects Push Climbing has accomplished in the last 11 years. Plus the projects moving forward. 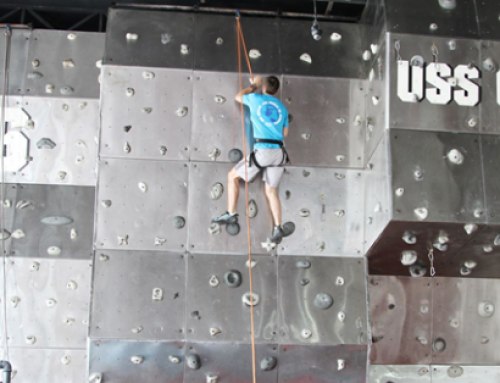 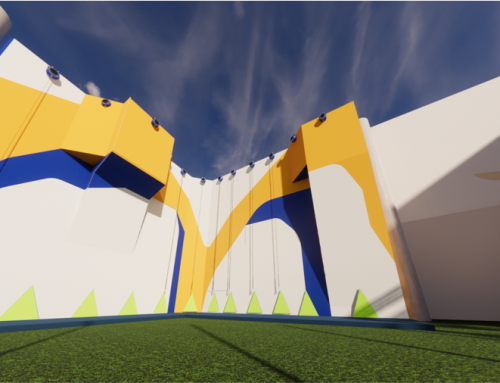 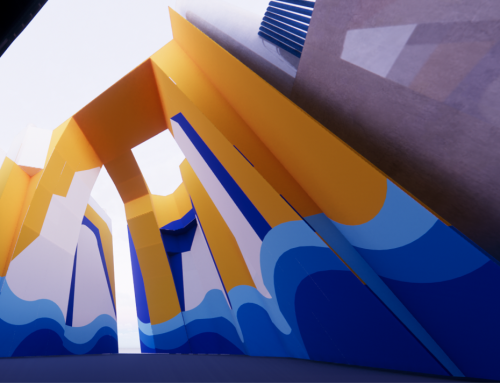 WHAT IS COMING TO THE 4TH FLOOR AT THE CRESCENT WALL POWERED BY PUSH CLIMBING.